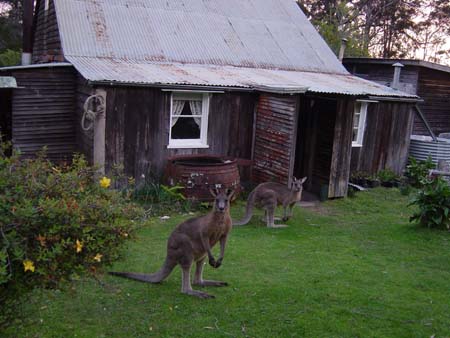 Early copies of Back Country Trek through the Deua and Wadbilliga have a mistake in a page close to the end. There was  some text missing (under the photo) from the top of page 256.

Here is the missing text:

[…Someone needed to keep an eye on…]

it, and what else could I do? Accompanied by a few friends in retracing the route I had taken with Jacqueline, I was overjoyed to come onto the river again. But then dismayed to find trees and scrub filling places that had once been open and clear.

Along the river, on flats where I had once camped in open forest clearings and even on sand bars, young trees such as river peppermint and river oak had sprung up in wheatfield profusion. For kilometre after kilometre, due to the pencil-thin 2-metre-plus growth, it was difficult to find a place to lay down, let alone pitch a tent. Years before when I had first noticed the beginning of this regrowth, I thought its density would be sorted out by the cycles of extreme drought and flood, by competition, and yet they were surviving. The river

It’s quite important text and Canopy Press is most dismayed the glitch occurred. The current print runs have been corrected and an erratum has been inserted into the copies still in circulation.